Finding Your Confidence & Trusting Your Voice

How to Find Your Voice 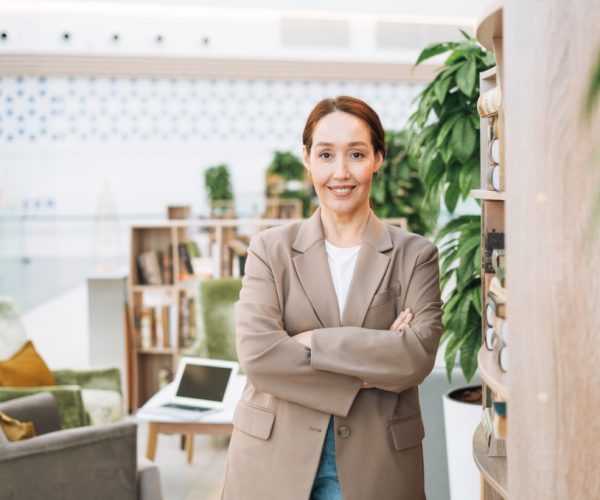 It is often believed that time and money are the keys to achieving your goals and finding success. Despite playing a small role, the most important element in success is finding your voice.

Unfortunately, having grown up in a patriarchal culture, many women today embody a great deal of self-doubt. While more and more women are finding the confidence to lead in their personal and professional lives, there is still a long way to go.

Women have been taught to question themselves and to defer to others’ authority. This is doubly hard for many women, who often feel they have to not only find their voice, but also defend it.

But what does it mean to “find your voice,” and more importantly, how does one actually do so? How do you put your thought and values into words that will be heard and respected? The good news is, that finding your voice is a skill that can be learned. And once you find it, success will follow.

What Stops Women From Expressing Their Voice?

There are a number of things that can prevent a woman from expressing her voice. This can include external, societal factors as well as internal factors.

Even if they have the education, experience and skill set to do so, many women do not feel confident enough to express their voices. Women have been socialised to be quiet and accommodating, which can make it difficult to speak up.

One of the most common external factors is gender bias. It has been shown that women are interrupted more often than men, and their ideas are more likely to be attributed to others. In addition, they are also less likely to be heard in group settings.

A lack of female representation and women mentors can also contribute to this problem. If you don’t see other women in leadership positions, it can be hard to imagine that others can achieve the same.

Internal factors can also play a role in silencing a woman’s voice. This includes things like self-doubt, fear of failure and impostor syndrome. While normal feelings to have, women are more likely to experience these at higher levels than men.

Studies show that a majority of women across a range of industries have experienced feelings of inadequacy and self-doubt at various points in their life and career. This is often attributed to the fact that women are often less likely to receive recognition for their accomplishments and more likely to be criticised for their mistakes.

Despite the challenges, it is important for women to find their voice and use it to effect change. The first step in finding your voice is understanding that you have one. It can be easy to silence yourself in order to avoid confrontation or because you don’t want to make waves. But if you don’t speak up, you’ll never be heard.

As a woman, finding your voice takes courage and practice. Taking small, meaningful steps can help you look and sound much more confident and assertive.

1. What You Have To Say Has Value

Many women have the feeling that what they have to say has no value. This is often bolstered by society and the belief that it is unfeminine to be aggressive, to speak up, to have strong opinions or to take up space.

Your thoughts, feelings and opinions are valid and deserve to be heard. This can be a difficult thing to internalise, but it is important to remember that your voice is powerful. To speak with confidence and conviction, you will be more likely to be taken seriously and heard.

If you’re not used to speaking up, it can be helpful to start small. Identify low-risk scenarios in which different approaches are feasible. If you’re in a meeting and someone asks for opinions, raise your hand and share your thoughts. If you have an idea for a project at work, speak to your boss about your thoughts.

These small acts will help you get used to express your voice and build your confidence. Over time, you’ll find it easier to speak up in more challenging situations.

3. Don’t Worry About Being Liked

It is natural to want to be liked and accepted by others. But when it comes to finding your voice, it’s important not to worry about whether or not people will like what you have to say. There will always be people whose values won’t align with yours or those who won’t agree with what you have to say.

As such, it is important that you communicate your thoughts in a way that is respectful and clear, while still staying true to yourself. It is also important to remember that you don’t need everyone to like you in order to be successful.

4. Be Clear About Your Message, Your Values, and What You Stand For

When you’re clear about your message, it is easier to communicate with conviction. This means having a strong understanding of your values and what you stand for.

Take the time to discover your values for yourself. Once you know this, it will be easier to share your thoughts with others in a way that is clear and concise

The next time you find yourself in a situation where you feel like you need to speak up, take action. Don’t allow yourself to be silenced. If you want to see a change in your life or in the world around you, don’t hesitate to take action.

6. Acknowledge That There Will Be Discomfort

Finding your voice and building the confidence to speak out are invaluable skills to have, However, this process can be uncomfortable. You may feel like you’re putting yourself out there or that you’re being too assertive. But it is important to remember that these are natural feelings that come with taking risks. The more you do it, the easier it will become. And eventually, it will become second nature.

When overcoming imposter syndrome and self-doubt, a majority of women in business and leadership roles believe that the advice of a mentor and trusted advisor are vital. If you’re looking for guidance and support as you find your voice, consider finding a female mentor.

These women have been where you are and can help you navigate difficult conversations, give you feedback on your communication style and offer suggestions on how to be more effective in different situations.

Finding your voice is an ongoing journey. It’s something that you have to work on every day. However, it is possible to find the confidence to speak up and be heard. Remember, your thoughts, feelings and opinions are valid. And you have the power to make a difference.

When you begin to speak out for what you believe in and use your voice without apology, you not only empower yourself but all women.

Ruffle Mentoring can offer you the support, guidance and resources you need to find your voice and become a powerful leader. Our growing directory of successfully female mentors and leaders are ready to help you achieve your professional and personal goals. Browse today and find the right mentor for you!

Not Yet a Member?
Please register here